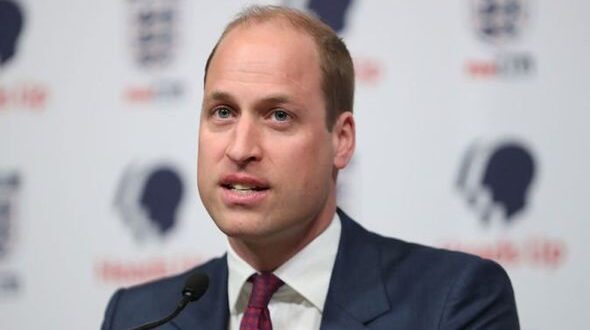 William Will Consider TV Interview When He Becomes King

The Queen never gives interviews-but things might change when the Duke of Cambridge becomes king.

Queen Elizabeth has never given an interview-a tradition she has held since the beginning of her reign. But with the change of monarch, it seems that this might change as well. Alastair Campbell claims that Prince William might be the one to break this tradition once he ascends to the throne.

The monarch has never done an interview, with the palace only giving a limited number of pre-prepared statements to the press.

This is the case only for the Queen, as other members of the royal family have done TV interviews, such as Prince Charles, Prince Andrew, and the most recent one being that of Prince Harry and Meghan Markle.

Alastair Campbell, the former spokesperson for Tony Blair, claims that Prince William once hinted that he would be open to give a TV interview in the future once he becomes king.

READ MORE: What Have Duke And Duchess Of Cambridge Planned For Easter With The Kids

While speaking on Mail+’s video series Palace Confidential, Campbell said: “I was at a dinner once where Prince William was the guest and there was a Q&A.

“I asked the question whether, when he became king, and possibly when his dad became king, they would continue the tradition of the monarch never giving interviews.

“He said he thought that ship had sailed, which I thought was quite interesting.”

Prince William is second in line to the throne, with Prince Charles being the only person in front of him.

His brother, Prince Harry, is sixth in line, with his father, brother and William’s three children all in front of him. It is highly unlikely that Prince Harry has ever thought of getting the throne, especially with him and his wife Meghan Markle leaving the royal family and wanting to separate themselves from the monarchy.

READ MORE: The Duke And Duchess of Cambridge Preparing To ‘Move Permanently’ Ahead Of Step Forward In Royal Line

The recent interview he and Meghan did with Oprah only further proves this, with the couple opening up about the problems and apparent rift between them and the royal family.

In the interview the two uncovered all kinds of uncomfortable details, from Meghan experiencing suicidal thoughts and being denied help from the palace, or as she claims, to revealing that there had been “concerns and conversations” about how dark their son Archie’s skin would be.

Harry touched upon other topics, such as how they were now living off Princess Diana’s inheritance, and about how his relationship with his brother William and father Charles has become strained since the couple stepped back from their royal duties.

When asked about the situation both William and Charles have given minimal comments, not really addressing what’s happening, with the palace only saying that t the issues raised in the interview would be addressed “privately” but claimed recollections of the events described “may vary”.